Over a decade ago, IT-supported Sun mail (MX) servers and their email inboxes that had been hosted on-premises were migrated to Gmail.

After that migration, some hardware in the mail pipeline remained for security and mail routing reasons.

Google has since improved Gmail's security features (previously known as Postini), so the use of on-promises email security appliances (ESAs) is no longer required.

By eliminating SMTP routing to on-premises hardware (load-balancer and ESAs), we will increase our email delivery's resiliency during events, such as PSPS, which could cause LBL data center power outages. 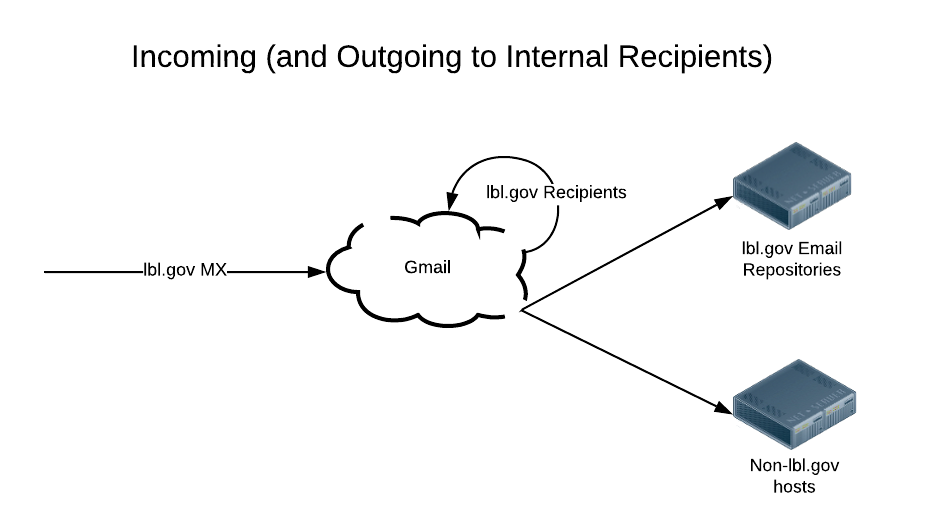 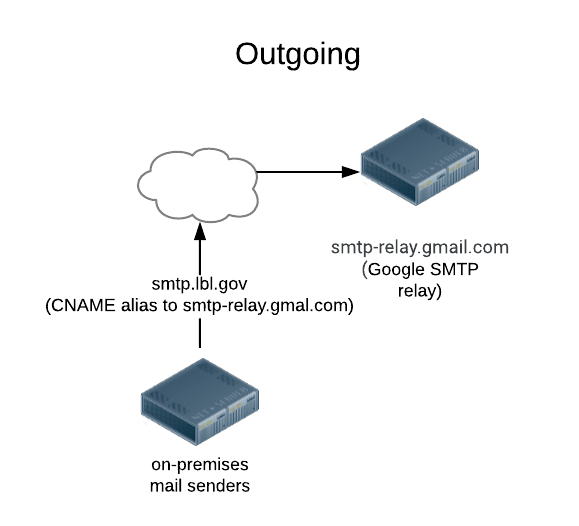 Previous to 7/11/20, emails sent to lbl.gov, along with a number of other domains, recipients routed to an on-premises load-balancer (mailgate.lbl.gov) before arriving at Cisco ESAs/Ironports (fe3.lbl.gov or fe4.lbl.gov), which drop connections from mail servers with poor reputations and check remaining messages for spam, viruses before routing messages to their final destination at Gmail or to Certified Mail Servers (aka Email Repositories).

Was this site useful for you? Do you have any feedback or suggestions? Please click here

to send your comments about this FAQ to IT.